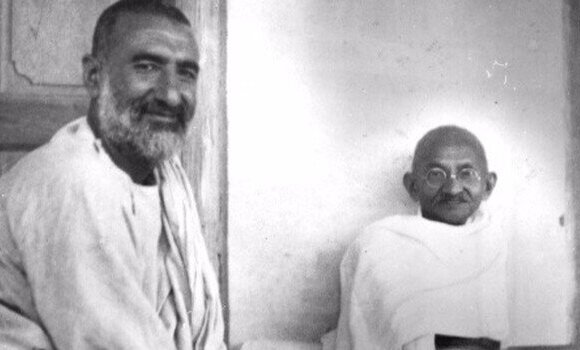 A very important achievement of the freedom movement was that some of the greatest leaders, each of them with a following of millions, were able to create a consensus on some very basic issues of enduring importance. One of these related to inter-faith harmony. Within the main Congress led movement Mahatma Gandhi, Badshah Khan (Khan Abdul Ghaffar Khan), Jawaharlal Nehru and Maulana Azad were the most important pillars of inter-faith harmony, although many other leaders of great stature also contributed much to this. Subhash Chandra Bose was another great pillar of inter-faith harmony, which was so visible in the Azad Hind Fauj he mobilized. Outside the main Congress movement, Bhagat Singh and his collegues were known for very firm commitment to inter-faith harmony and strong opposition to communal and sectarian trends.  This consensus of great leaders with following of vast millions was based on their firm beliefs on this issue and also on an understanding that inter-faith conflicts can cause enormous distress and destruction.

Some leaders of freedom movements who preferred a secular role for state did not engage very actively with religion. However Mahatma Gandhi while accepting secular role of state engaged on a regular basis with realizing a positive role of religion among masses and utilizing the spirituality associated with various religions to prepare a stronger base for  some highly desirable socio-economic objectives.  In local context he put more emphasis on Hindu-Muslim unity as a base of national progress, and Badshah Khan was the leader who came closest to him in this approach.

This strong commitment of Gandhi helped in the emergence of the leading political party— Congress — as a representative of all religious communities. The tallest among  Muslim leaders to emerge were Badshah Khan ( also called Frontier Gandhi ) and Maulana Azad. The former in particular was very close to Gandhi, they both said they were inspired by each other. Badshah Khan formed an  organization, largely composed of Pashtuns, called Khudai Khidmatgars ( Servants of God).

Although Pashtuns were known at that time  as people very prone to violence, thousands of Khudai Khidmatgars in and around Peshawar, during the 1930s, presented one of the most noble  examples of non-violent resistance to colonial rule and its atrocities, so much so that Gandhi considered his visits there to be like pilgrimages. If any minorities like Hindus or Sikhs were threatened, the Khudai Khidmatgars were willing to take great risks to protect them. When Hindu soldiers led by  Chandra Singh Garhwali were asked to open fire on Khudai Khidmatgars by colonial rulers, they refused to  do so, instead accepting imprisonment for several years for this refusal.

Such inspiring examples of inter-faith harmony were repeatedly seen in several phases of freedom movement led by Mahatma Gandhi. Leaders like Maulana Azad close to him presented interpretations of Islam and the Koran which were very much in keeping with this spirit of harmony and peace.

Unfortunately colonial powers saw this growing unity as a threat to their rule and hence went all out to promote  leaders from the opposite camp who had a sectarian and divisive agenda. Hence during a critical phase of a few decades, including the Second World War years, the most powerful support of the government authorities went to those leaders and forces who wanted to create divisions and conflicts among various religious communities of India. This strengthened them to promote their divisive agenda, paving the way for the extremely tragic partition of the country, with millions killed and uprooted.

Gandhi was heartbroken, but till the end he kept on his efforts for reducing conflict and restoring peace, travelling in conflict zones at great risk and fasting for prolonged periods to appeal for peace. Often these efforts had amazing success in actually bringing peace to zones of big conflicts. He continued these efforts till at last he himself fell to the bullets of a fanatic in 1948.

Thus the great Gandhian project of inter-faith harmony got badly disrupted due to factors beyond his control, but this should not lead to an underestimation or devaluing of his life-long efforts to minimize inter-faith coflict and promote harmony. To reduce misunderstandings, he called upon people of different faiths to realize true  sptirituality based on peace and harmony. He encouraged those who presented such interpretations of religious texts, contributing himself also to this task. He urged people not to be distracted by occasional references to violence in religious texts, saying that these need to be seen in a specific context and not as a general guidance.

He also urged people to form an understanding of other faiths on the basis of  perspective of devotees of those faiths, to have an attitude of understanding and an open mind. At the same time, he said, narrow interpretations should not be allowed to obstruct progress, harmony and justice in present times. Hence he was a devoted religious person who wanted to live in harmony and understanding with people of all religions and faiths as well as atheists under secular governance. This view of a religiously inclined person can be very useful even today.There is no room here for fundamentalism and sectarianism, conflict and violence.

Badshah Khan remained a living embodiment of this thinking of Gandhi for a long time after the Mahatma left us. Even in very adverse conditions imposed by Pakistani authorities, among his beloved Pashtun people he continued to attract millions of followers with his message of peace, justice and harmony. He combined this with an abiding and in fact growing concern for social and economic justice.

This came out clearly when the Indian Prime Minister Indira Gandhi went out of her way to invite him to come to India in his late years, to address the Indian Parliament and accept the respect and honour of a grateful nation which had beem missing his benevolent presence for several years. He spoke passionately about inter-faith harmony as well as about social and economic justice. It was a great learning to see that despite the several years spent in Pakistani prisons (preceded by colonial regime’s imprisonments), he avoided bitterness and spoke with great kindness. His simplicity was even a step ahead of Mahatma Gandhi.

The present generation owes it to the legacy of such great leaders to strive relentlessly to create a South Asia based on their great vision of inter-faith harmony and socio-economic justice.

A Letter to Gandhi