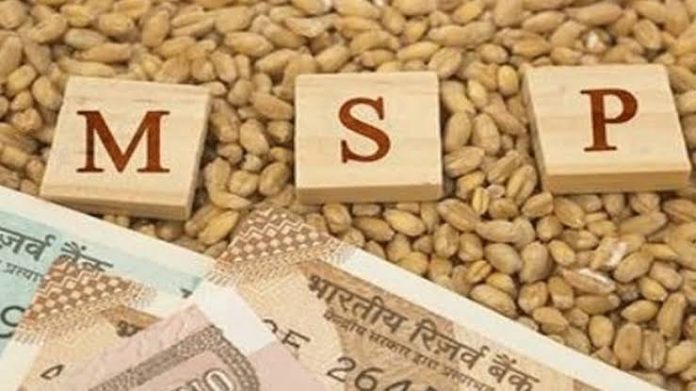 A decentralised plan would aid price stabilisation, offer income support, and also cope with the indebtedness of farmers

The ongoing struggle of farmers is not for political power. It is a struggle to transform Indian agriculture and the livelihoods of the farming majority which are in ruins in most parts of the country. The compulsion of our time is to give a new direction to a peaceful peoples’ movement to generate momentum in small peasant agriculture, which in turn could give real content to our democracy. Setting aside false promises of doubling the farmers’ income by the Government or pretending that market-friendly reforms will do the trick, we propose a different way of designing a minimum support price (MSP).

The massive solidarity (despite deeply divisive social faultlines) seen in the recent farmers’ movement has already shaken the Himalayan arrogance of the Government. Maintaining that solidarity is essential, which means MSP must look especially into the requirements of farmers and the landless. MSP could serve, in principle, three purposes — price stabilisation in the food grains market, income support to farmers, and also as a mechanism for coping with the indebtedness of farmers.

The price stabilisation policy for food grains in India evolved over time, first with the Essential Commodities Act in 1955 to counter price rise due to speculative private trading and then MSP in the 1960s. A buffer stock policy with the public storage of food grains for market intervention was developed over time to involve different kinds of mechanisms such as: setting cost-based minimum procurement price; paying the difference between procurement price and market price; storing the procured surplus for sale through the Public Distribution System (PDS) at issue price, and market intervention to stabilise price when deemed necessary. These induced farmers to shift to a high-yielding varieties cropping pattern during the Green Revolution, while ensuring food security for citizens. This task required interlinking procurement, storage and distribution with more centralised investment and control of each of these tasks.

The procurement and PDS from the Green Revolution period provided assured price incentives for rice, wheat and sugar (the flagships of the Green Revolution), but left out some 20 crops now under discussion for MSP including millets, coarse cereals, pulses and oilseeds. As a result, this partial MSP coverage skewed the cropping pattern against several coarse grains and millets particularly in rain-fed areas. The area under cultivation of rice and wheat from the time of the Green Revolution till recently increased from 30 million hectares to 44 million hectares and nine million hectares to 31 million hectares, respectively, while that of coarse cereals plunged from 37 million hectares to 25 million hectares. Although part of the diet of many people across the country, these left-out crops (grown mostly in rain-fed conditions) were not made available in ration shops. Almost 68% of Indian agriculture is rain fed and the crops grown in these regions are usually more drought resistant, nutritious and staple in the diet of the poorer subsistence farmers. This has been a particularly vulnerable point of our food security system; greater coverage of all 23 crops under MSP is a way of improving both food security and income support to the poorest farmers in rain-fed regions.

The centralised mechanism for ensuring distribution of the procured stock of rice and wheat at MSP entails bringing the procured grains to centralised Food Corporation warehouses. Here they are milled, made ready for consumption and sent back to each district/province, and from there to villages/slums/wards for distribution through fair price (ration) shops at an issue price fixed by the government which is below the market price to make it affordable for poor households.

The total economic cost involving subsidy for selling below market price along with procurement costs, distribution costs of freight, handling, storage, interest and administrative charges along with costs borne due to transit and storage losses would be around ₹3 lakh crore. Sugarcane comes under a separate category because all this is organised through private sugar mills and is often plagued by delays.

If price is charged in a range according to harvest conditions, the total economic cost will vary within a price “band”.

MSP has to be conceived as a list of some 23 crops with a more flexible arrangement. Each crop within a band of maximum and a minimum price depending on harvest conditions (i.e. higher price in a bad and lower price in a good harvest year in general) will have its price set in the band. The price of some selected coarse grains can be fixed at the upper end of its band to encourage their production in rain fed areas. In this way, the objectives of income support to farmers, price stabilisation and food security and inducing more climate-friendly cropping patterns can be combined to an extent. Wide coverage of MSP through income support to farmers would generate massive positive economic externalities through raising industrial demand especially for the unorganised sector. This will help in extending solidarity among farmers and non-farmers while creating a chain reaction of demand expansion through multipliers for the whole economy.

For estimating the additional cost of a wider MSP; of the total grains produced some 45%-50% is for farmers’ self-consumption and the rest is marketed surplus. This marketed surplus sets the upper bound of total procurement cost from which must be deducted the net revenue recovered through the PDS (if all these crops are sold through ration shops). Our preliminary estimate puts it in the range of ₹5 lakh crore, far less than the ₹17 lakh crore estimated by the government. It is of the same order of magnitude as DA to public sector employees (less than 5% of the population, and the total tax break and income foregone announced in the Budget for a handful of industrial houses (₹3 lakh crore), not to speak of a wilful default of bank loans by a handful of borrowers (well over ₹10 lakh crore). This expenditure will benefit more than half the population directly and another 20%-25% of the population indirectly in the unorganised sector — over 70% of India’s citizens.

A real breakthrough in the recurring problem of agricultural debt can be made by the linking of selling of grains under MSP to provision of bank credit particularly for small farmers. The farmer can get a certificate selling grains at MSP which would be credit points proportional to the amount sold; this will entitle them to a bank loan as their right, and calibrate the fluctuations between good and bad harvest years by storing the certificates for later use. This mechanism would go a long way not only in addressing the indebtedness in the farming community but also has the virtue of great administrative simplicity in disbursing bank loans.

It needs emphasising that how effectively such an MSP scheme could be implemented would depend largely on decentralising the implementing agencies under the constitutionally mandated supervision of panchayats. The near miracle we have witnessed in organising and unifying the farmers’ movement across caste, class and gender through the panchayat and maha-panchayat system in Punjab, Haryana and West Uttar Pradesh raises hope that they will turn their attention to decentralising the MSP implementation mechanism. The movement enabled massive and effective mobilisation through these decentralised bodies. Therefore, they are capable of doing it again.

Why The Hindu Extremists Behind #BulliBai Feel Threatened By These Indian...